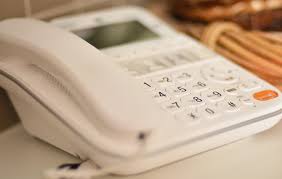 In the seventies, I worked for a small pharmaceutical company in Berkhamsted, Hertfordshire. When the company was taken over by a much larger one, they moved me to head office, in London. We were living in Milton Keynes, the new city that grew from the village of Bletchley, and the company agreed to pay us relocation expenses. I can’t remember how much it was, but it was a generous amount.

In London, I was given a private office with a high ceiling, an empty filing cabinet and a telephone. There I was, sitting at my new desk in my first week in the big city, when the telephone rang.

It was a woman’s voice. She introduced herself as secretary to the Director of Services. She said she was hoping to get me a cheque for my relocation expenses by the end of the week. I thanked her, and she rang off.

At 4:00 pm that Friday she rang back. “I’m terribly sorry,” she said. “I won’t be able to get this cheque to you until Monday.”

She blew a fuse. “What the hell do you mean, ‘never mind’? I’ve been working my butt off all week trying to get this cheque for you and you say ‘never mind.’ ”

To say I was taken aback by this response would be an understatement. It’s not as if my wife and I were living from hand to mouth or that I needed the money to close on a house purchase. ‘Never mind’ is a perfectly reasonable thing to say where I come from (Ireland).

She exploded. She roared into the phone, “What do you mean, ‘it doesn’t matter?’” And off she went again. What followed was a tirade of anger and indignation.

First thing on Monday morning, I was hauled in front of the Director of Services. He accused me of being rude to his secretary, and threatened to sack me. I tried to explain what happened. It was nothing but a misunderstanding, my use of Irish idiom, perhaps. He was not convinced. He said that was not how his secretary described the incident and, as she had been with him for 10 years, he believed her.

We sold our house in Bletchley and moved to a village near Hemel Hempstead in Hertfordshire.

I hated working in London, the long journey to and from work, the unrelenting noise of London traffic.

Within a year, a vacancy arose in the Operations Research department in Kent and we had to move again…

I’m still not sure what happened that day, but I reckon she was envious of the generosity of the relocation allowance that I received. Perhaps the company had given her a lesser amount, or no relocation expenses at all.