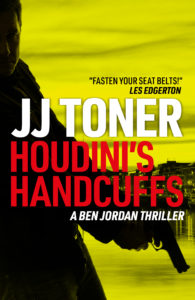 The two novels in my Irish detective series both feature an Irish police detective, called DI Ben Jordan. Before I started writing the first book, Houdini’s Handcuffs, I had to choose whether my main character would be a private detective or a policeman. I decided on a police inspector. Looking back, I’ve tried to piece together my reasoning. I believe the principal reason behind the choice was that police detectives have unlimited access to murder scenes and suspects, while private investigators do not. On the other hand, the private eye can operate on the fringes of the law, a luxury not open to the police. Private detectives often work alone, which creates obstacles for explanatory dialogue, while police detectives usually work in pairs. Also, I quite like the institutional etiquette of the police. The classic gumshoe can be much rougher around the edges. Mike Hammer by Mickey Spillane and Raymond Chandler’s Philip Marlowe are prime examples. 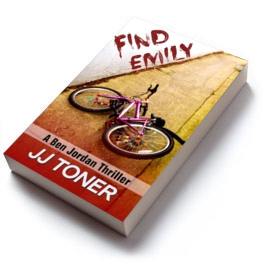 The third book in the series has been percolating through my brain for some time. At the start of the second book, FIND EMILY, Ben Jordan has handed in his resignation and his wife is divorcing him. When the third book starts, we will find him in a Spartan office with

Painted on the glass panel of the door. He will have a sidekick, a beautiful and clever woman, of course, and a mysterious murder to solve.

Which do you prefer – police inspector or private eye?