My latest WW2 thriller is now on pre-order at Amazon. It will launch on April 14. 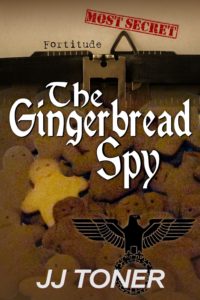 Researching for this book took me on a field trip to Lisbon, Portugal, a beautiful, historic city of hills and valleys, broad piazzas, ancient trams.

Researching 1940s London, I discovered the first topological map of the London Underground, devised in 1931 by Harry Beck. All subsequent maps of the London Underground, and the Underground networks of lots of other cities, were based on this early map. It was helpful to discover how little of the Tube was available during the War. There were just five lines open in those days: Metropolitan and District, Bakerloo, Piccadilly, Central, and Northern Lines. 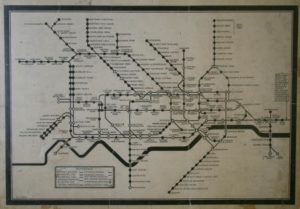 A copy of the map can be purchased from the London Transport Museum.

I also found an indispensible book that describes London of the War years. Life in 1940s London by Mike Hutton.

Who knew that there were ‘British restaurants’ set up all over London in public halls, like scout halls, where the people could obtain cheap food off-ration. These were run by volunteers. They operated as canteens, where people queued for their food and paid as little as 10d for a 3-course meal.

In an early draft of my book, Kurt and his partner had a meal in an Italian restaurant. Mike Hutton’s book told me that all Italians were interned at the outbreak of War, even those who’d been living in London for many years, and many who had sons fighting in the British armed services. There were no Italian restaurants in London during the War years.

Let me know in the comments if I missed any great sources of information about 1940s Britain.