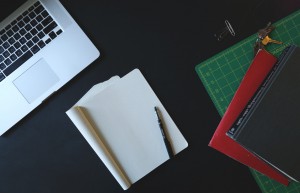 I wrote my first novel Monkey Puzzle in 1995, after I was made redundant, and set about looking for an agent to represent it. I got about 30 rejections. Eventually, I spoke on the phone to a literary agent in Ireland. He had not read any of my work, but when I told him my novel ran to 90,000 words he advised me to cut it down by at least 20,000 words. As a debut author I needed a much shorter first book.

I went to work, cutting the book as suggested. I then spoke to a different agent, in London, who said it was far too short for a debut novel. It would need to be at least 90,000 words, or preferably 100,000. Unfortunately, in shortening the novel I had deleted the unwanted words…

My second novel, The Sign of the Cross, followed in 1996 – a historical whodunit set during the First Crusade, 1096 – 1098. Again, I submitted the book to agents on both sides of the Atlantic, adding to my growing pile of rejections. After that I went back to writing short stories.

Writing went back on the shelf again when I picked up some work between 1998 and 2007. In 2007 I was admitted to hospital with pulmonary embolisms – blood clots in both lungs. While in hospital, my wife rang me to say that I had been accepted by a literary agent in New York. I was ecstatic, and immediately began to work on a third novel, St Patrick’s Day Special. This was when I first began to work on my WW2 spy story, The Black Orchestra.

Upon discharge from hospital I contacted my agent, whose name was Georgina. Contract terms were agreed. She suggested that The Sign of the Cross needed a serious edit before she could attempt to sell it to a publisher. I paid $1,200 for an edit by a company that she recommended. Shortly after the edit was complete I discovered that Georgina’s company and the editing service – a sister company – were part of an elaborate scam designed to extract money from unsuspecting aspiring writers. I cancelled the contract.

One good thing came out of this unfortunate experience: I was writing again. While continuing to work on my WW2 spy story, I completed book #3 St Patrick’s Day Special, and began to submit that to agents. Still no joy. Within a year I had a ring binder full of rejection slips. I continued to write short stories throughout this period, and won a few Irish national contests.

Finally, in January 2013, after 3 major professional edits and 27 rewrites, I published my WW2 spy story, The Black Orchestra. Two sequels followed: The Wings of the Eagle, in January 2014 and A Postcard from Hamburg, in April 2015. 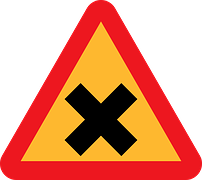 It’s now May 2015, and I’m at a major crossroads in my writing career. I’d like to write something completely different – Science Fiction maybe, or a YA fantasy, or a contemporary novel – but given that the WW2 spy stories have been well received with a readership in excess of 13,000, perhaps I should continue to write for that established reader base. Sales of the detective stories (about 500 readers) are lagging well behind the spy stories, which suggests that few of my readers would follow me on a major departure to a different genre.

What should I do? Any and all advice welcome!

Sign up to be notified of JJ Toner’s future articles
2701 Total Views 1 Views Today
MIDI Lesson 1
The Seven Lives of Adolf Hitler
Posted in ALL, ALL ABOUT eBOOKS, eBooks, Writing for Kindle and tagged What next?, Writing, writing for kindle.