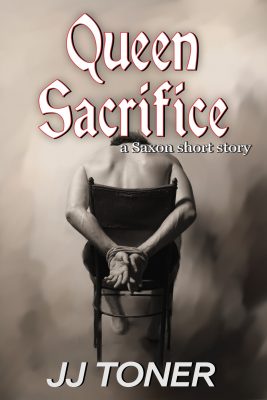 KriminalKommissar Saxon peered at the boy’s photograph once more. Johann Grau, the missing youth, had a boyish face with mousey brown hair and traces of acne about the forehead. The first fluffy bloom of a moustache appeared like a shadow on his upper lip. A typical boy of 16 with an impudent half-smile, and yet… There was definitely something about the eyes.

He passed the picture across the desk to his new assistant. “Look closely, Keller. Tell me what you see.”

“What am I looking for, Boss?”

“Whatever occurs to you.”

Oberassistent Werner Keller looked barely older than the missing boy. His experience to date – messing about in boats with the Water Police – hardly equipped him for the rough and tumble of a city police force, but Saxon was glad to have him. Since the Gestapo takeover of the Munich police force, 9 months earlier, many of their best men had been scattered to the four corners of the country. Good men were hard to come by.

Keller puckered his brow in concentration. “He looks constipated.”

“Either that or there’s a turn in his eye.”

Keller handed the picture back. Saxon looked at it again. Keller was right. Grau did have a slight astigmatism in his left eye, but even allowing for that, there was still something… “Well spotted, Keller. Is that all you can see?”

“His smile is a bit creepy, Boss. It’s a wide-eyed look of false innocence. The who-me look. You see it when someone farts in the wheelhouse. I’ve met smugglers on the Rhine with more genuine smiles on their faces.”

Saxon laughed. “You think Johann Grau might be a constipated smuggler?”

“Maybe not, Boss, but I think he has something to hide.”