Historical Fiction author David Lawlor investigates the luck of the devil. Take it away, David. 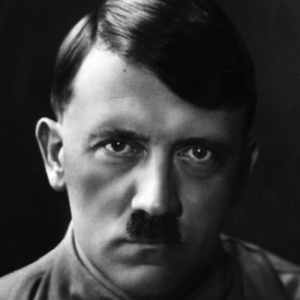 Napoleon once said that he liked his generals to be lucky, well, if Adolf Hitler  had served under the Emperor he would undoubtedly have become a firm favourite in the French Army because when it came to luck, Hitler was overflowing with the stuff.

Author Iain C Martin (he has a great blog on the American Civil War) passed on a curious story to me about a British soldier’s lost opportunity to kill Hitler before he became infamous.

It got me to thinking of other lost chances to kill the Nazi dictator. Aside from him being temporarily blinded by a British gas shell in 1916 and receiving a shrapnel wound to his leg n 1918, I was surprised to come across seven other occasions. Read them and weep….

THE IRISHMAN WHO RESCUED HITLER: Carlow man Michael Keogh probably tormented himself until his death in 1964 because, back in  the spring of 1919, he actually saved Hitler from being ripped apart by an ugly mob. 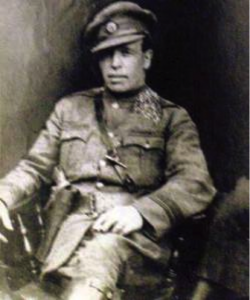 He rose to the rank of Field Lieutenant. In his regiment he met a certain Lance Corporal called Adolf Hitler. After the war, Keogh joined the Freikorps, an early fascist organisation sworn to smash Communism. He was duty officer at a Munich barracks when he was called to quell a riot that had erupted in a gym.

When he got there a crowd of some 200 soldiers were busy beating two men to a pulp.  Some of the attackers held bayonets and it seemed to Keogh that the two victims were about to die.

He ordered his men to fire a volley over the heads of the mob. The crowd dispersed and Keogh managed to drag the two victims out of the gym “cut, bleeding and in need of the doctor”.

Keogh recalled: “The fellow with the moustache gave his name as Adolf Hitler. It was the Lance Corporal of Ligny. I would not have recognised him. He was thin and emaciated from his wounds.”

After the war he’d say: “If we’d been a few minutes later or Hitler had got a few more kicks to his old wounds or he’d been shot — what would have happened if we hadn’t intervened and he’d died?” 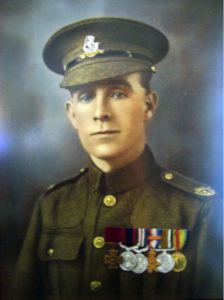 THE BRITISH SOLDIER WHO DIDN’T PULL THE TRIGGER:

On September 28, 1918, Private Henry Tandey, http://en.wikipedia.org/wiki/Henry_Tandey a British soldier serving with the 5th Duke of Wellington Regiment near the French village of Marcoing, reportedly encountered a wounded German soldier and decided not to shoot him.

Tandey, a native of Warwickshire, was actually awarded a Victoria Cross for “conspicuous bravery” during the action to capture Marcoing. He later told sources that in the final moments of that battle, as the German troops were in retreat, a wounded German soldier entered Tandey’s line of fire. “I took aim but couldn’t shoot a wounded man,” Tandey remembered, “so I let him go.” The German soldier nodded in thanks, and disappeared.

A photograph that appeared in London newspapers of Tandey carrying a wounded soldier at Ypres in 1914 was later portrayed on canvas in a painting by the Italian artist Fortunino Matania. It is said that when British Prime Minister Neville Chamberlain went to Germany in 1938 to engage Hitler in a last-ditch effort to avoid war, he was taken by the Führer to his country retreat in Bavaria. There, Hitler showed Chamberlain his copy of the Matania painting, commenting, “That’s the man who nearly shot me.”

The authenticity of the Tandey-Hitler encounter remains in dispute, though evidence does suggest that Hitler did have a reproduction of the Matania painting as early as 1937.

On returning to England, Chamberlain contacted Tandey and recounted his conversation with Hitler. Tandey would later tell a journalist: ‘If only I had known what he would turn out to be. When I saw all the people and woman and children he had killed and wounded I was sorry to God I let him go.’

The evidence is somewhat sketchy it must be said. The destruction of military records makes it impossible to clarify the exact location of Hitler on 28 September 1918, though Hitler’s regiment was in the region of Marcoing at the time of the alleged encounter.

THE CAR ACCIDENT:  Otto Wagener, a Major General and one-time economic advisor to Hitler, wrote in his memoirs (Hitler: Memoirs of a Confidant) that the future dictator of Germany was almost killed in a car accident on March 13, 1930. Wagener was a passenger in Hitler’s Mercedes at the time.

A heavy trailer truck collided with the vehicle, but the driver hit the brake quickly enough to avoid crushing the car. The insurance claim signed by Hitler was sold on eBay in 2000. If that truck driver had braked one second later, well, who knows… 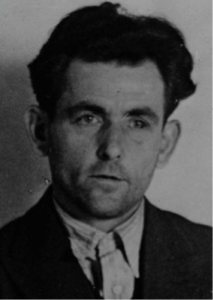 THE BEER HALL BOMB: A Nazi Party tradition was its annual meeting at the  Bürgerbräukeller in Munich to celebrate the anniversary of the “Beer hall putsch” of November 8, 1923.

Georg Elser, a carpenter by trade and a communist sympathiser, used the event as the perfect place to try to assassinate Hitler.

He built a time bomb with which he travelled to Munich in the weeks preceding Hitler’s anniversary speech. Elser managed to stay inside the Bürgerbräukeller after closing hours each night for over a month, during which time he hollowed out the pillar behind the speaker’s rostrum, and placed the bomb inside it

Hitler would usually speak to the party faithful at length, but in 1939 he was forced to begin his speech earlier than expected in order to return to Berlin by train. Fog had closed Munich airport, from which he had later intended to fly.

The Nazi leader started his speech half an hour earlier than planned. Had he not done so he would not have left the cellar at 9.07pm but would have been blown to bits by the bomb which exploded at 9.20pm, killing eight and wounding sixty people.

Elser had by this time been apprehended as a suspected smuggler, whilst attempting to cross into Switzerland. The contents of his knapsack, including a postcard of the beer cellar, aroused suspicion. He initially denied any involvement but eventually confessed after several witnesses identified him as being a frequent visitor to the cellar. He was finally murdered in Dachau concentration camp on April 9, 1945, just weeks before the end of the war in Europe. 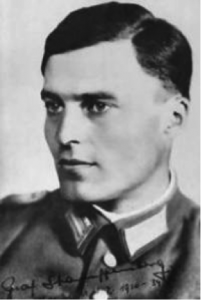 THE WOLF’s LAIR BOMB: On 20 July 1944, Colonel Claus von Stauffenberg http://en.wikipedia.org/wiki/Claus_von_Stauffenberg entered Hitler’s Wolf’s Lair field HQ and placed a briefcase containing the bomb beneath the map table at which Hitler was standing and then left the room.

Unfortunately, a General who was present moved the case further away, behind a thick piece of wood which supported the table. The wood absorbed much of the blast and Hitler escaped with some cuts and bruises.

The failure of both the assassination and the military coup d’état which was planned to follow it led to the execution of almost 5,000 people, resulting in the destruction of the organised resistance movement in Germany.

MURDER PLOT ON THE TRAIN: Britain’s Special Operations Executive (SOE)  had extensive experience of derailing trains using explosives. The plan was dropped because Hitler’s schedule was too irregular and unpredictable: stations were only informed of his arrival a few minutes beforehand.

Another plan was to put some tasteless but lethal poison in the drinking water supply on Hitler’s train. However, this plan was considered too complicated because of the need for an inside man.

THE SNIPER:  Through a captured prisoner, who had been part of Hitler’s guard at the Berghof, British Intelligence learned the Fuhrer liked to take a 20-minute morning walk at around the same time (after 10:00). Hitler liked to be left alone during this walk, leaving him unprotected near some woods, out of sight of sentry posts. When Hitler was at the Berghof a Nazi flag, visible from a cafe in the nearby town, was flown.

The scheme called for the SOE to parachute a German-speaking Pole and a British sniper into the area surrounding the compound, wearing German army uniforms. The men would infiltrate the Berghof compound before moving to a spot where they were concealed, were within effective rifle range, and had a good view of the path used by Hitler.

A sniper was recruited and practiced by firing at moving dummy targets with a standard German Army rifle under conditions which simulated the actual assassination. An inside man was also found, who, lived in Salzburg, 20 kilometres from the Berghof.

The plan was submitted in November 1944, but was never carried out because controversy remained over whether it was actually a good idea to kill Hitler: his poor attempts as a strategist meant that he was more of a help than a hindrance to the Allies. It was felt that whoever replaced him would probably do a better job of fighting the war.

Seven lost chances to kill a monster… Hitler had the Devil’s own luck, but luck runs out in the end – it’s just a pity it took so long in his case. 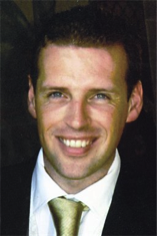 David Lawlor lives in Greystones, Ireland. He is the author of three historical fiction novels – Tan, The Golden Grave and A Time of Traitors (available here http://goo.gl/UIYZmr) – following the adventures of Liam Mannion, during the Irish War of Independence. He has also written a modern crime novel, High Crimes, which is set in Dublin, Ireland. It’s a tale of stalkers and abusers, and the victims who finally stand up to them.

You can read more of David’s articles on historywithatwist.wordpress.com

Sign up to be notified of JJ Toner’s future articles
35834 Total Views 3 Views Today
What Next?
Hitler's Drivers
Posted in ALL, WW2 and tagged Hitler, WW2.