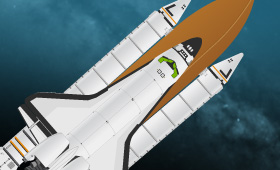 I’m writing a new book. It’s called ‘The Serpent’s Egg’. I have an outline in place, as I always do, that consists of a line or two of text, called ‘beats’ for each chapter describing what happens. Think of writing a book as climbing a cliff, these beats act like footholds to keep the story on course.

I read somewhere about an author who has written 40 books in 5 years. That’s 8 books per year!! I’ve written 7 books in 21 years. That’s one book every 3 years. Whoever that author was he writes 24 times faster than me.

I read an interview between Joanna Penn and Monica Leonelle about using dictation as a means of speeding up your writing. Apparently, my mac came already equipped for dictation. Who knew! I decided to give it a try.

I typed ‘dictation’ into help on Finder and my mac set up the dictation software. It took 30 minutes to download UK English and I was good to go. I opened a blank MS-Word document and found the option to start dictation under the ‘Edit’ tab. I don’t even need that: To start dictating, all I have to do is press the Function key twice.

I dictated a few words. They were scrambled. I tried again, speaking more slowly and trying to enunciate my words carefully. The results were less that encouraging. I described

What I got was

‘at all man wearing a following leather coach’.

I completed one half page and attempted to edit it. The paragraph controls, first line indent etc. were all over the place and seemed impossible to correct. I sorted that out eventually by using copy and paste for the entire half-page. I then edited the text. About one in every three words needed editing.

Once I had my half-page, I copied and pasted it into my main manuscript master file and began to write, adding a new paragraph to what I’d created using dictation. Then I got a pop-up message: MS-Word had run into a problem and would now close. Did I wish to send an error message to Microsoft? Yes. I tried Cmd-S to save my work and watched while MS-Word crashed.

When the mac restarted, MS-Word recovered my master file, minus the text that I had added after the dictation exercise. I typed that in again. But then I got another message to say that the recovered file was read-only. I should ‘Save As’ and give it a new filename.

So much for dictation.

There were a couple of other ideas mentioned in the Joanna-Monica interview that I thought might help me to write faster. I like the idea of adding ‘beats’ to my outline. I can see how extra beats could speed up my writing, like providing more footholds on the cliff face.

Another idea is to write in short bursts with breaks in between, like 25 minutes writing followed by a 5-minute break, or even a 2-minute break in every 10.

Now, back to my book. I have to be careful not to press the Function key twice. When I do, my computer starts a dictation session…