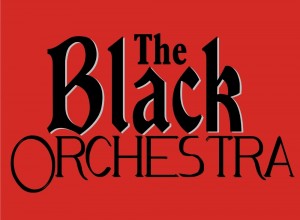 During WW2, British Military Intelligence, MI5, intercepted every enemy agent that the Abwehr sent to Britain. Some of these agents were interned – or shot – but MI5 quickly realized that enemy agents could be put to use if they were ‘turned’ and became double agents, sending misinformation back to their Abwehr spymasters in Berlin and Paris.

Faced with the prospect of execution, these apprehended agents invariably agreed to the MI5 terms, and the Double-Cross System was born. What is remarkable about this operation is (a) that were so many agents (about 120) operated by MI5 in this way – almost certainly the whole cohort of enemy agents in Britain – and (b) that the Abwehr apparently never rumbled what was going on.

Identification of the agents as they arrived in Britain – by parachute, disguised as refugees or by U-boat – was simple once the GCHQ code-breakers in Bletchley Park had cracked the Enigma cipher. Running the double agents was a complex and labour-intensive business. The agents had to remain isolated from each other as far as possible; each had to have a base, a convincing cover that allowed him/her to collect the information requested of them, and a team of five people (a case officer, a radio operator, 2 guards and a housekeeper). Every radio transmission of information to the Abwehr had to be carefully composed, mixing snippets of real information with those fabricated, ensuring consistency between all of the double-cross agents. Of course any real information released had to be vetted by the War Office.

That the Abwehr never rumbled the operation is open to debate in my view. Sir John Masterman, who chaired the committee (the 20 committee) that fabricated each transmission, writes in his book:

“[It was] obvious to us that a certain message if sent ought to blow an agent. But in fact it probably or almost certainly will not [sic]; and for this there are many reasons.”

The paragraphs that follow list two possible reasons: The agent’s spymaster sends the information on to a higher authority without checking it, and if the higher authority becomes suspicious the spymaster will go to the defense of his agent for reasons of prestige and personal profit. Where an agent provides misinformation suggesting a military action (e.g. an invasion of Norway) that never happens, the Germans will come up with lots of other plausible reasons for this. That the original information supplied by their agent was false is the least likely explanation from a German perspective.

Masterman continues: “In short it was … fantastically difficult to blow a well-established agent. On one occasion an agent was deliberately run in order to show the Germans that he was under [our] control, the object being to give them a false idea of our methods of running such an agent and thus to convince them that the other agents were genuine. The theory was sound and the gaffes committed were crass and blatant, but the object was not achieved for the simple reason that the Germans continued to think of the agent as being genuine and believable!”

The paragraph that follows suggests several tenuous explanations for the Abwehr’s failings in this regard. One can almost hear Masterman scratching his head in bewilderment. Perhaps, he says, the Abwehr officer studying the records may have been posted to the eastern front, or the records may have been destroyed in a bombing raid, or the officer or his subordinates may simply have been inefficient (a euphemism, I think for incompetence).

Given what we now know about The Black Orchestra – the underground resistance organization working to frustrate the Nazis’ war efforts and run from the highest echelons of the Abwehr – it seems likely that the Abwehr knew about the British Double-Cross System, and did nothing to interfere with it.

If I am right the Abwehr endorsed and passed on to their military superiors every scrap of misinformation received from their agents in Britain in the full knowledge that this intelligence was tainted and would undermine the war efforts of the Third Reich.

Was this the greatest undocumented double-cross of the Second World War?