Many historians and commentators have speculated on how Adolf Hitler managed to build his evil, genocidal regime. In just a few years, from January 1933, when he came to power, until ‘Heydrich’s ‘final solution’ first announced in January 1942, Hitler succeeded in suppressing the free press, bending the judiciary to his will, taking over […]

END_OF_DOCUMENT_TOKEN_TO_BE_REPLACED 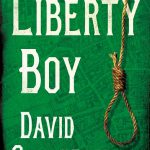 I have found a wonderful book – probably the best I’ve read in the past three years.  Liberty Boy by David Gaughran is a really well researched work of historical fiction, set in Dublin in 1803. The book reflects the brutal and unjust methods used at that time by the British to keep the rebellious Irish […]

END_OF_DOCUMENT_TOKEN_TO_BE_REPLACED 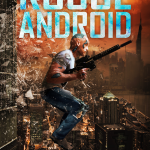 swalkerdesign.com So far, Stephen has designed three wonderful covers for me. His work is equal to anything available from the very best cover designers. If you’re looking for a meticulous, responsive, patient, and talented cover designer to design a WOW! cover for your book, get in touch with Stephen. This guy is amazing. Contact […]

END_OF_DOCUMENT_TOKEN_TO_BE_REPLACED 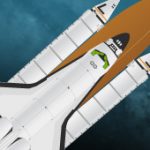 I’m writing a new book. It’s called ‘The Serpent’s Egg’. I have an outline in place, as I always do, that consists of a line or two of text, called ‘beats’ for each chapter describing what happens. Think of writing a book as climbing a cliff, these beats act like footholds to keep the story […]

END_OF_DOCUMENT_TOKEN_TO_BE_REPLACED

On 28 February 2013 I read an article on Joanna Penn’s blog about choosing Categories and Keywords for eBooks. I followed the process and my sales began to take off. I blogged about that here. Yesterday, I read a new article by Jordan Smith about the use of keywords. Following Jordan’s process I went into […]